Poor people with diabetes much more likely to lose a limb: study 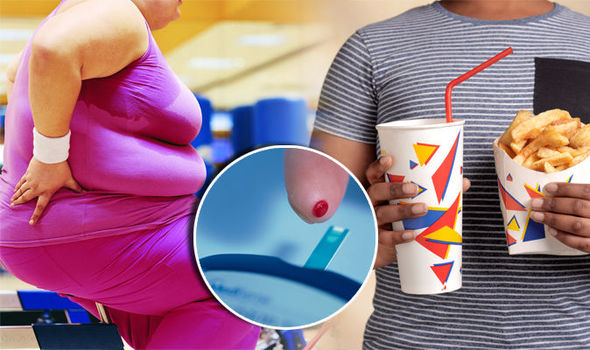 Poor people with diabetes are much more likely to lose a limb to the disease than affluent patients are, new research suggests.

Researchers from the University of California, Los Angeles, found the odds of having a toe, foot or leg amputated was up to 10 times higher for diabetics who live in low-income neighborhoods.

Most of these amputations are preventable if patients are diagnosed and get proper medical care sooner, the study authors noted. They added that their findings should prompt public officials to implement laws that help reduce barriers to health care.

“When you have diabetes, where you live directly relates to whether you’ll lose a limb to the disease. Millions of Californians have undergone preventable amputations due to poorly managed diabetes,” lead author Dr. Carl Stevens, a clinical professor of medicine at the David Geffen School of Medicine at UCLA, said in a university news release.

“We hope our findings spur policymakers nationwide to improve access to treatment by expanding Medicaid and other programs targeting low-income residents, as we did in California in 2014,” Stevens added. Uncontrolled diabetes can weaken the immune system and cause neuropathy — nerve death or damage. As a result, a small cut could go undetected and quickly progress to a life-threatening infection. The early diagnosis of diabetes, proper management of the disease and expert wound care can help prevent complications that could lead to amputation.

“I’ve stood at the bedsides of diabetic patients and listened to the surgical residents say, ‘We have to cut your foot off to save your life.’ These patients are often the family breadwinners and parents of young children — people with many productive years ahead of them,” noted Stevens, who has worked as an emergency physician for 30 years at Harbor-UCLA Medical Center.

“In conducting the study, the researchers analyzed U.S. Census Bureau data on household incomes and state hospital discharge data that tracked amputations due to diabetes by California ZIP code. This information was cross-referenced with information from a UCLA survey, which estimated the number of people who had diabetes in various low-income areas in California to create a map that revealed diabetes-related amputation rates by neighborhood for patients aged 45 and older.

In 2009 alone, California doctors amputated nearly 8,000 legs, feet and toes from 6,800 people with diabetes, the study published in the August issue of Health Affairs showed. About 1,000 of these patients had more than one amputation. Every day, on average, 20 diabetic patients underwent an amputation in the state.

“Amputation rates in California were 10 times higher in the poorest neighborhoods, like Compton and East Los Angeles, than in the richest neighborhoods, such as Malibu and Beverly Hills,” study co-author Dylan Roby, director of health economics at the UCLA Center for Health Policy Research, said in a university news release.

Race also played a role in the findings. Less than 6 percent of diabetics in California are black. Still, black people accounted for nearly 13 percent of those who had one or more amputations in 2009. Meanwhile, Asians made up 12 percent of the diabetic population, but had less than 5 percent of amputations linked to diabetes that year.

In most cases, the investigators found, diabetic patients who needed a limb surgically removed were most likely to be black or non-English speaking men who were over the age of 65.

The study authors said they plan to continue their research by identifying the most important factors contributing to amputations, and developing strategies to address these risk factors for low-income patients.